Ankle sprains, a thing of the past.

Brace for Innovation are proud to present the EXO-L ankle brace. An external ankle ligament that acts as a seat belt to protect you at the moment you are about to roll your ankle – without affecting your freedom of movement. This innovative product has been used across Europe and is proven to prevent ankle sprains.

Simple to use, hard wearing and extremely effective, The EXO-L is suitable for amateur and elite athletes, bushwalkers, outdoor tradesman or those with an ankle complaint or instability issue. The EXO-L may be used as an alternative to surgery and strapping tape and uses a bracing system combining an anchoring strap to the shoe, which then connects to the moulded support across the ankle. The straps can be tensioned for the desired support level. 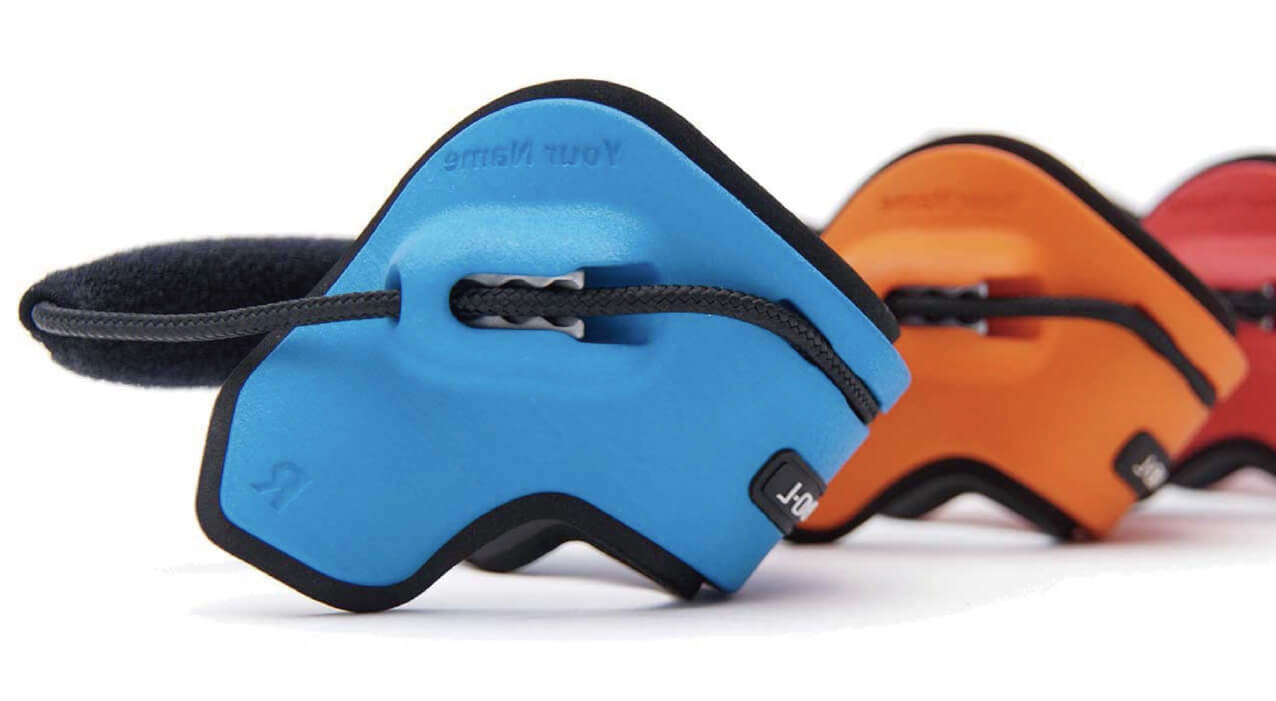 Who can benefit from using the EXO-L.

Don’t let ankle instability or pain prevent you from doing what you love. The EXO-L can provide support for people with existing ankle issues, as well as a preventative measure. The EXO-L is always ready when required and takes just a couple of minutes to set up. 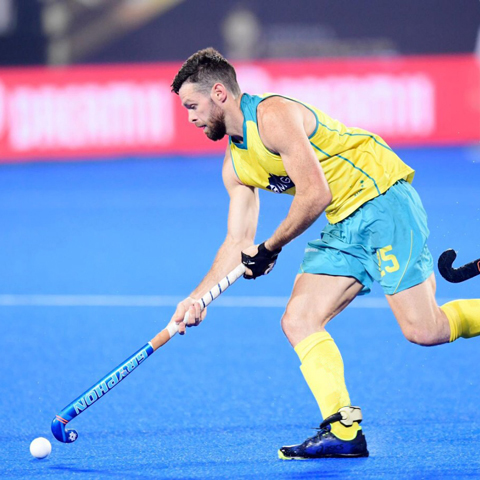 The EXO-L has been used at the elite level in a range of sports including hockey, netball, volleyball, tennis, squash, basketball and soccer. The EXO-L provides a cost and time effective solution compared with ankle taping and is both more practical and effective in preventing ankle injuries. 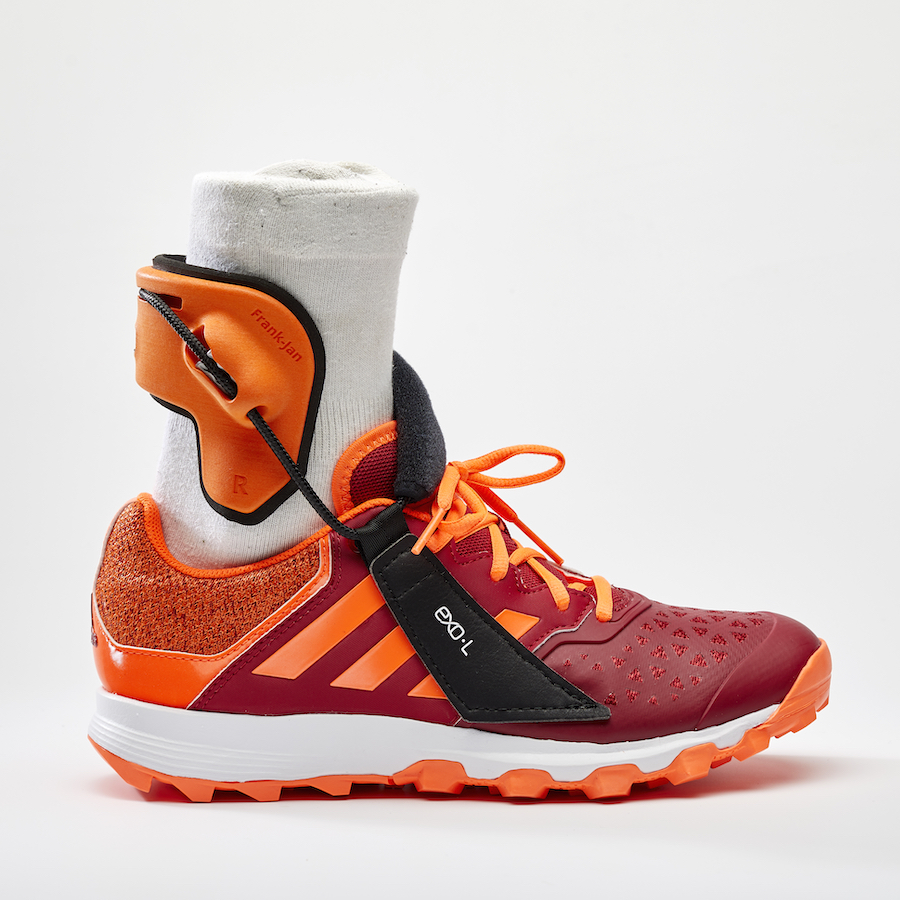 THOSE LOOKING FOR AN ALTERNATIVE TO SURGERY:

Ankle injuries can easily become chronic with repetitive trauma. The EXO-L may be an excellent alternative to surgery after discussion with your specialist, providing support, pain relief, confidence and providing an environment for the ankle to recover whilst the user is still able to be active. 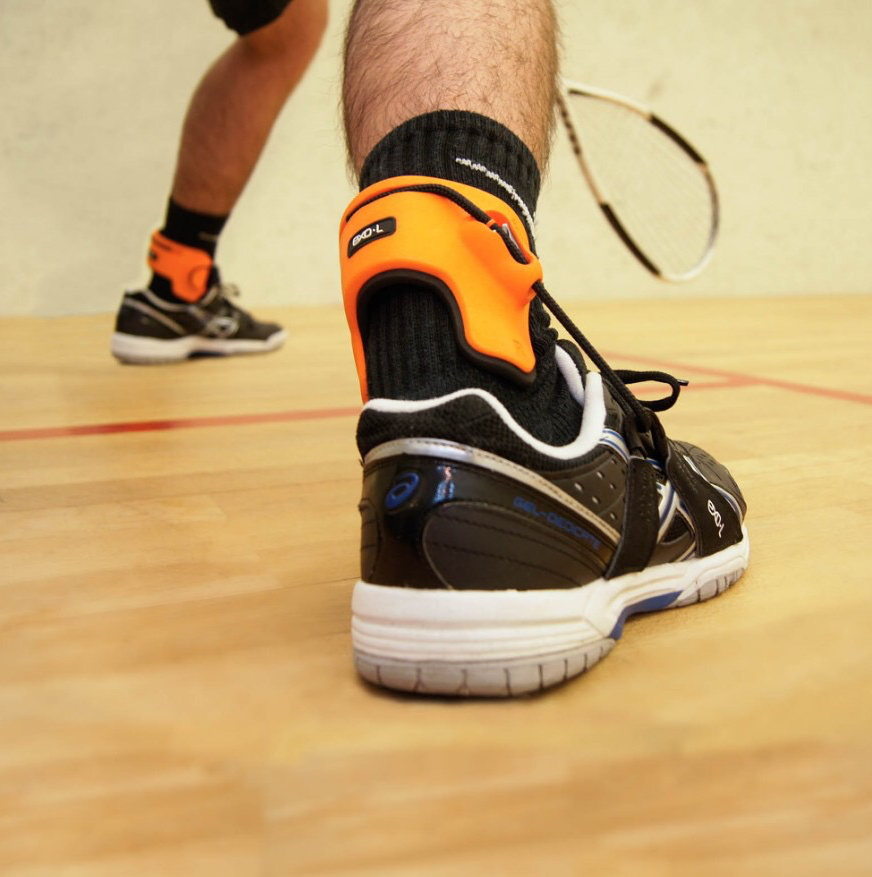 The EXO-L can mitigate the risk of a serious injury on the track and potential for calling an evacuation team/emergency personnel. Many solo bush walkers have had to spend a night in the bush waiting to be rescued because of sprains/injury whilst out for a bush walk. 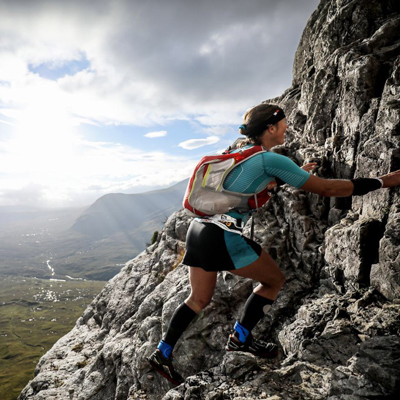 EXO-L UP, tailored for neurological disorders.

Introducing the EXO-L UP, an extension of the EXO-L, now aimed at helping those with neurological disorders such as foot drop and cerebral palsy. A brand new product with some really exciting scope to improve mobility and quality of life. 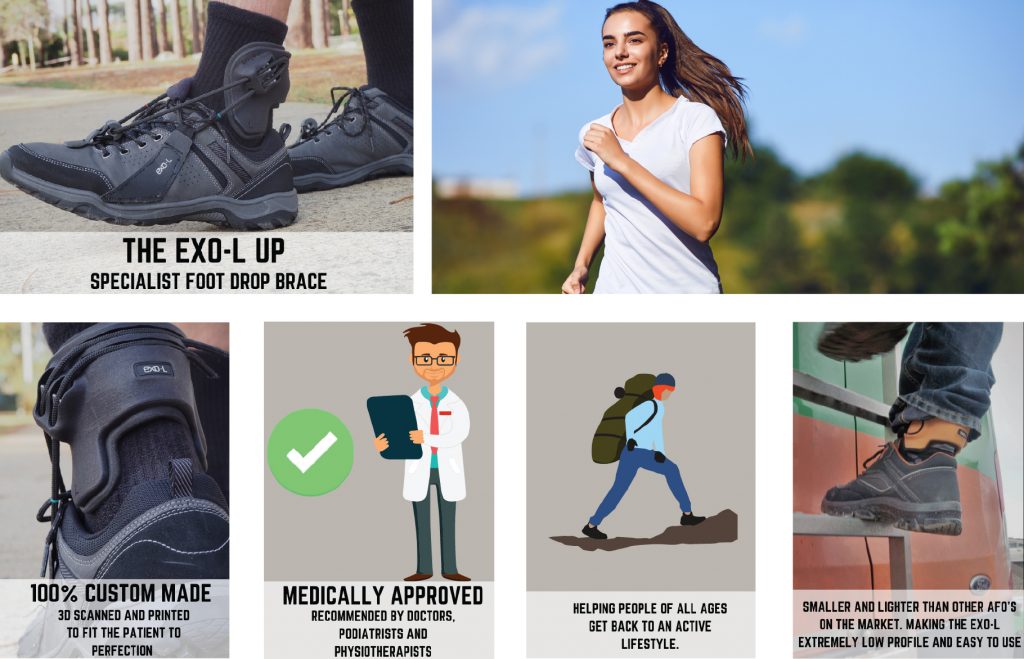 BOOK A SCAN AND FITTING SESSION

CUSTOM MADE TO YOUR SPECIFICATIONS

HAVE YOUR NEW BRACE EXPERTLY FITTED

Once we have your 3D scan, we send the scan to the head company EXO-L in Holland were a specific file is created and then sent back to our very own Australian Manufacturers. Using a state of the art 3D printer we print the ankle, moulding and refining by hand for a perfect fit.

Your EXO-L will be packaged and delivered directly to you or available for pick up depending on your location.

Your new EXO-L ankle brace will allow you to get back to what you love doing and provide you with the confidence to walk, run, turn, and jump without spraining your ankle!

Get in touch for more info.

Got a new brace but struggling with the fitment? Watch the video below to learn how to perfectly fit the brace to your ankle to make sure you’re doing what‘s needed to make the most of your new brace.

(located at rear of building) 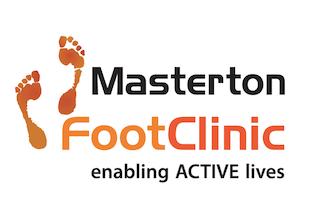 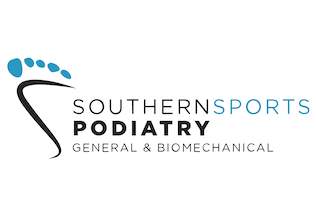 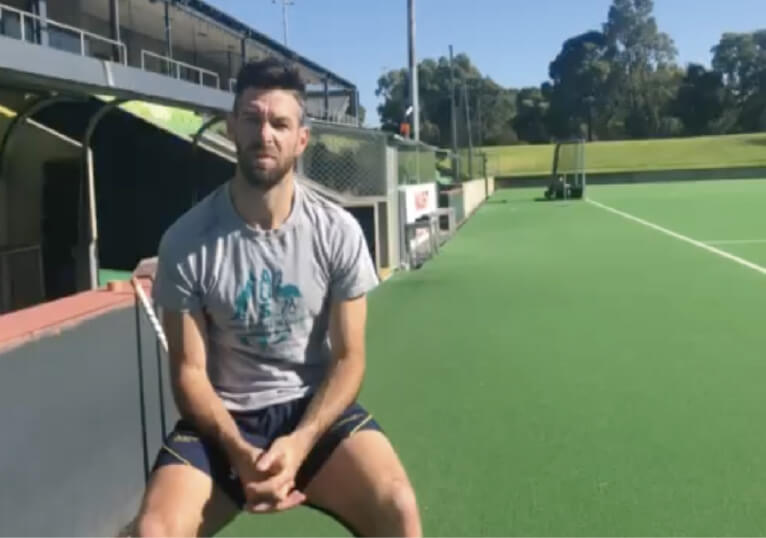 The EXO-L brace has been a huge part of my hockey career the last couple of years. At the end of 2017, I was on the brink of ankle surgery. We decided to try the EXO-L brace as a last resort, and I haven’t looked back since. It’s been a game changer for me with my career. 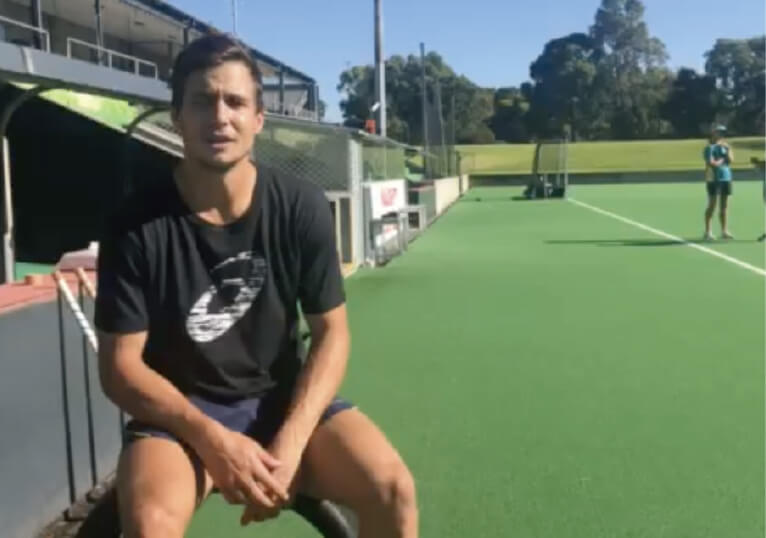 Since I’ve been wearing the EXO-L brace, I’ve found myself going over a few times and it’s caught me. I feel way more secure in the ankle brace. I feel like the EXO-L has got my back. 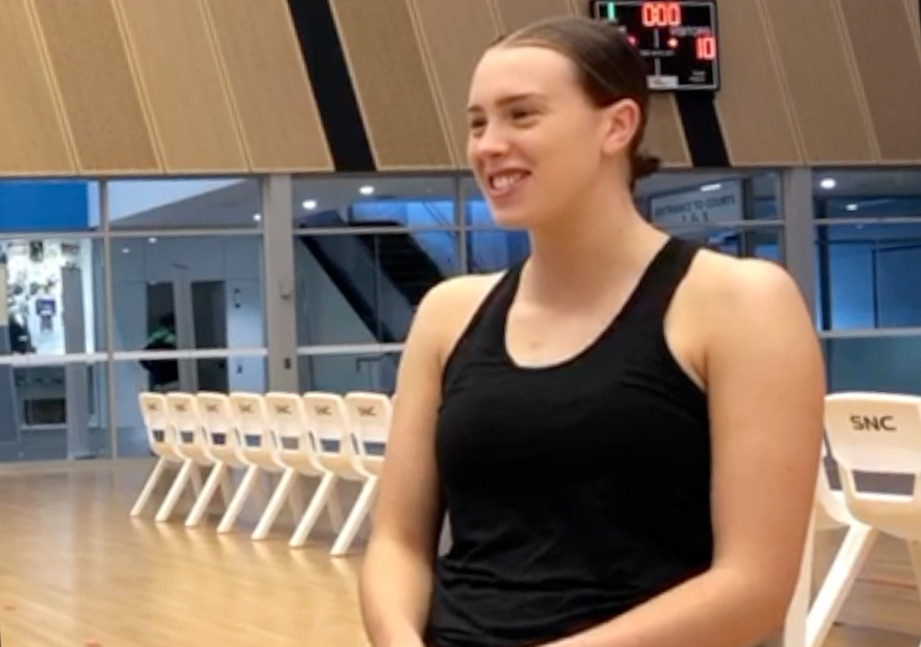 Since having the EXO-L’s I haven’t rolled my ankles once. They’re just so easy to use, and I know that I have protection there but I still feel like I have so much freedom and movement. 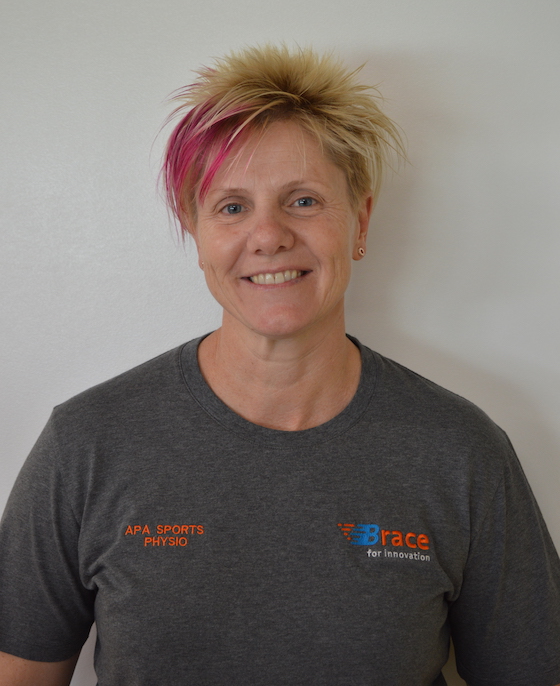 Suzie began her career as a Registered Nurse before becoming a Sports Injury Nurse and Titled Sports Physiotherapist. Suzie founded Powerhouse Physiotherapy in 2005 and now specialises in injury prevention and athlete rehabilitation. Suzie is the trusted physio for many local, national and international sporting teams and is currently working with the Australian men’s hockey team (the Kookaburras), as they continue their journey towards the Olympics in 2021.

Due to Suzie’s and Trent’s love of sport they decided to start Brace for Innovation in 2018 in order to bring the Exo-L, a custom made ankle brace, into Australia.

Suzie rides a motorbike, and is crossfitter by day, pianoist by night. Her hair also matches the rims of her car. 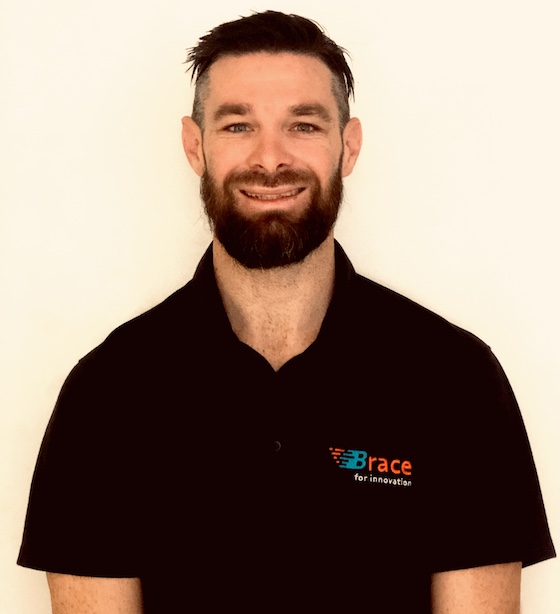 Trent has played every sport under the sun when he was a teenager, including Hockey, Cricket, Basketball, and little athletics. He loved playing hockey for his home club Wesley South Perth with his older brother and best mates.

Trent has suffered bad ankle problems his whole career until he started using the EXO-L.

He recently got engaged to his American Partner. She grew up in Tucson, Arizona before moving to Perth in 2015. Away from hockey, he loves doing renovations to his house and has ambitions of investing in lots more property in coming years.

How long does the EXO-L last?.

We recommend rescanning & refitting after 3 years. This is to ensure that the EXO-L is always of high quality.

Do I need a strap on every shoe I want to wear the EXO-L with?

What do I do if the strap or cord breaks?

This is an easy replacement, all parts of the EXO-L are easily fixed or replaced.

How long will it take to for the EXO-L to arrive?

Why is the EXO-L better than any other brace?

It is custom made and will fit you, and only you, perfectly every time. You also don’t need to rely on someone to tape your ankles. There is no adhesive so no skin irritation. And they are quick and easy to apply.

At this stage, it is not intended to be used in high contact sports (eg) Rugby union, Rugby league, however, we are working with the respective sporting codes to tailor its use in the training environment for injury prevention.

Get in touch with us.